Photographs to illustrate the article published in The Mediterranean Garden No. 103, January 2021

Valerie Whittington left Crete on 3rd February for six weeks, but due to the pandemic it was not until six months later that she was finally able to return home on 11th August. How did it feel to be back? Very strange.

Valerie writes: During our absence I just had to trust that the garden would be fine; leaving it to its own devices during our prolonged absence would certainly be a test of my gardening philosophy. Thus on August 11th, late in the evening, I slid back the gate to our drive, wondering how the garden had fared. It was pitch black with no lights to light up the drive and adjacent borders; I would have to wait until morning. However, as we came into the avli or courtyard, the brilliant magenta Bougainvillea glabra intertwined with vibrant orange Tecoma capensis lifted my heart: we were home. 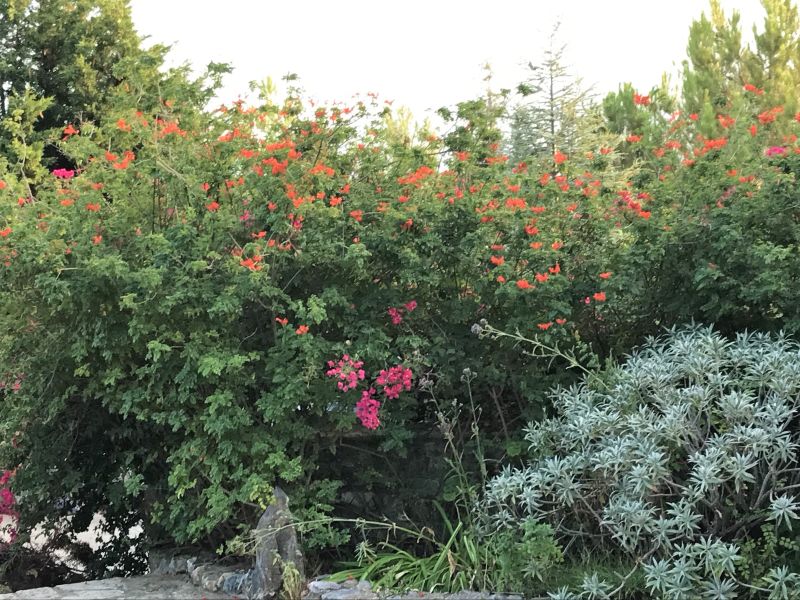 The next day a welcome surprise greeted me at the top of the drive: argyranthemums and cassia providing a bright yellow splash of colour against the dark evergreen trees behind. 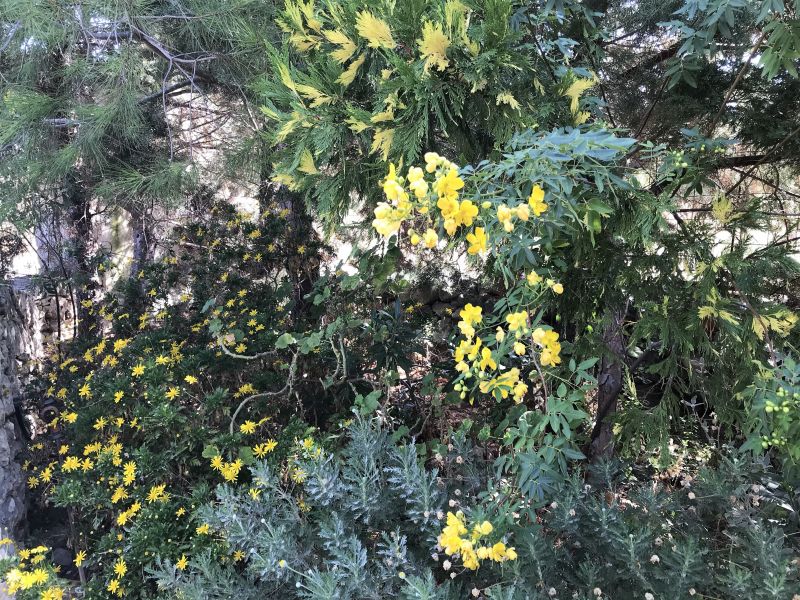 August is rarely a pretty or colourful time in mediterranean gardens without a copious use of water. The next morning, at first sight, the garden looked rather brown and sad, definitely in need of some loving care and attention. Hot weather had arrived early in May and a long hot summer followed with little rain so of course it was not going to look lush and green, which was how I had left it in February with the start of spring and early wild flowers. 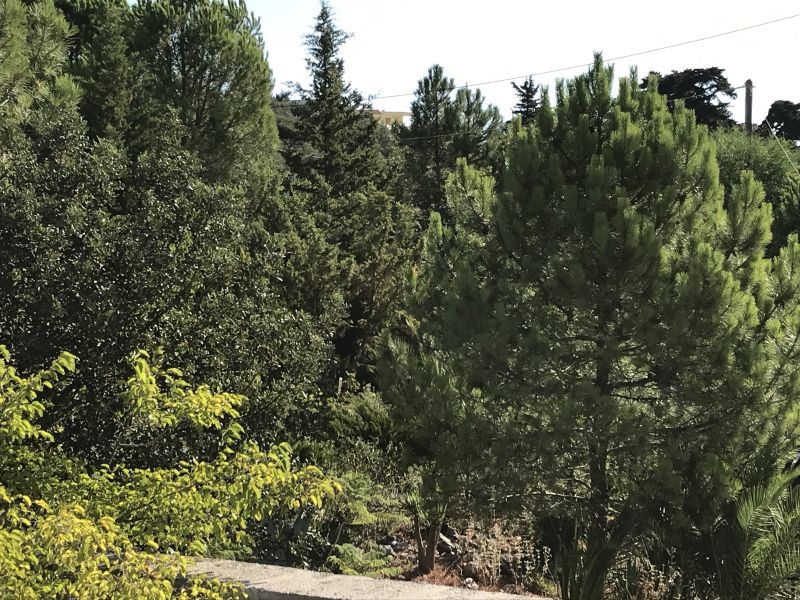 The mature trees provide plenty of shade through the summer heat

The wild flowers and plants already on the land have always been valued and allowed to flourish wherever possible. These sections looked sad as one would expect in August; however, I know that as soon as the rains come, what appears to be dry and barren will soon green up and a ‘second spring’ will follow. 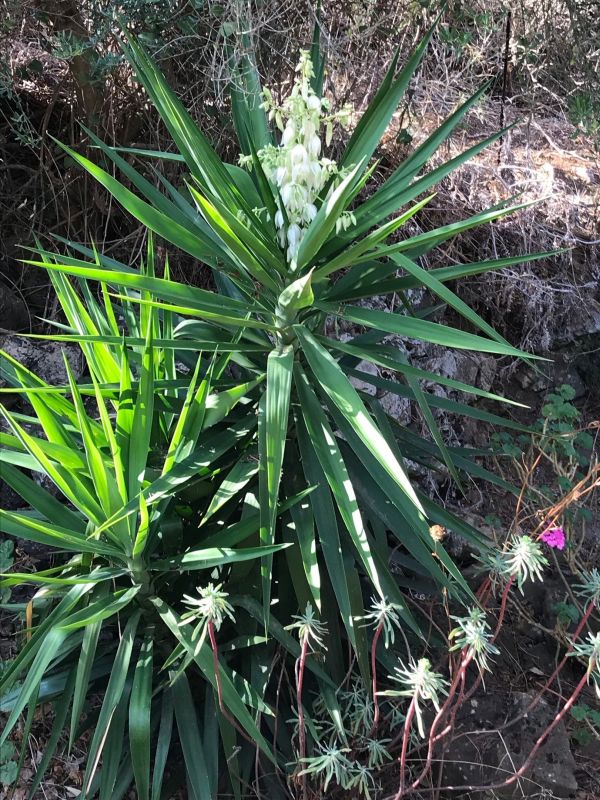 The yukka a definite stalwart

A particular joy to look forward to soon are the wild lupins which grow in profusion in both autumn and spring. Now that I am back the dead lupin stalks are being cleared for they have shed their seeds far and wide as the seed heads dried and exploded. 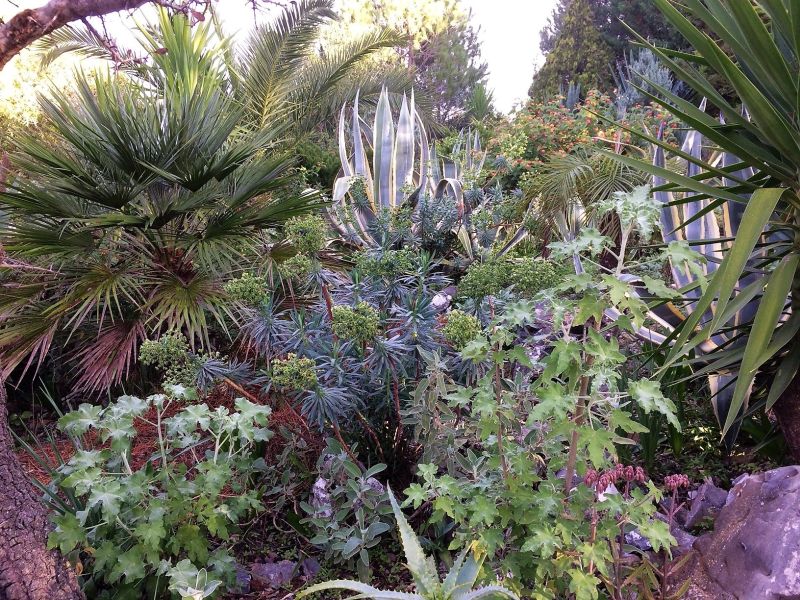 Early rain came on 19th September - unusual and most welcome - but temperatures were still high, in the mid 30 degrees Celsius. 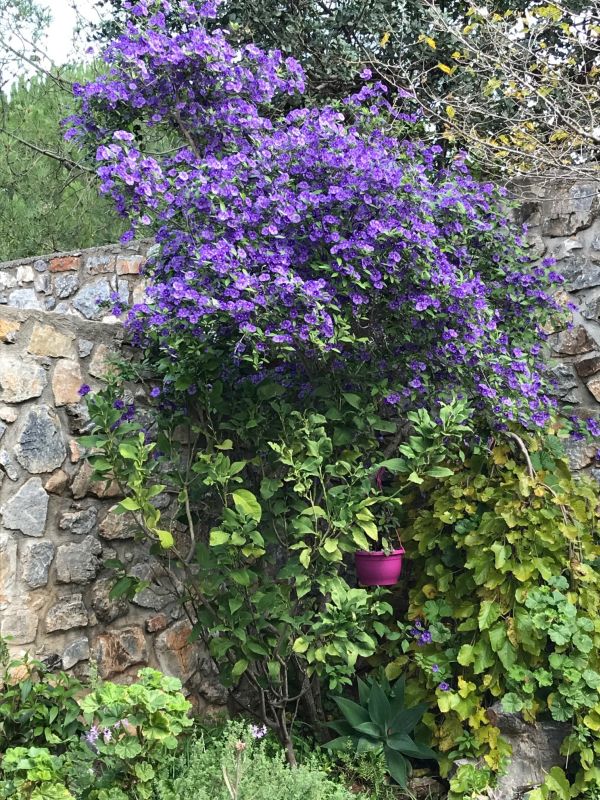 Early rain and the solanum is a joy

It was lovely to see the first appearance of the sea squill, Drimia maritima, almost straightaway in the wilder parts of the garden and then springing up in the meadow. The huge bulbs bask in the sun and then produce their wonderful spires of tiny star-like flowers. I love them, collect their seeds and spread them in tougher areas of the garden. They appeared even before the first rain, the shortening of the days seeming to help them on their way. In September whole hillsides on the way to Chora Sfakia on the south coast are alive with them in what is a most inhospitable, almost desert like landscape. 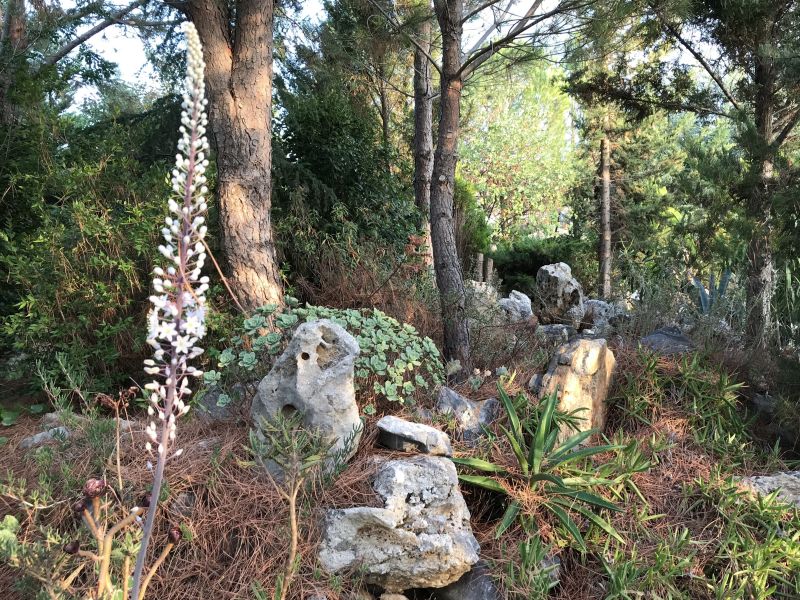 Drimia maritima amongst the rocks in the ‘wild garden’

This year I obviously missed the flowering period of Echium fastuosum but could tell from the dead flower spikes that they would have been a delight in spring. Out of twelve plants, I found on my return that two had died back, one not unexpectedly as it had become very brittle and woody and its replacement has been planted already, soon after the rain, and new cuttings have been taken. The second one was a surprise being a much younger plant so I have not taken it out yet, as it may survive. 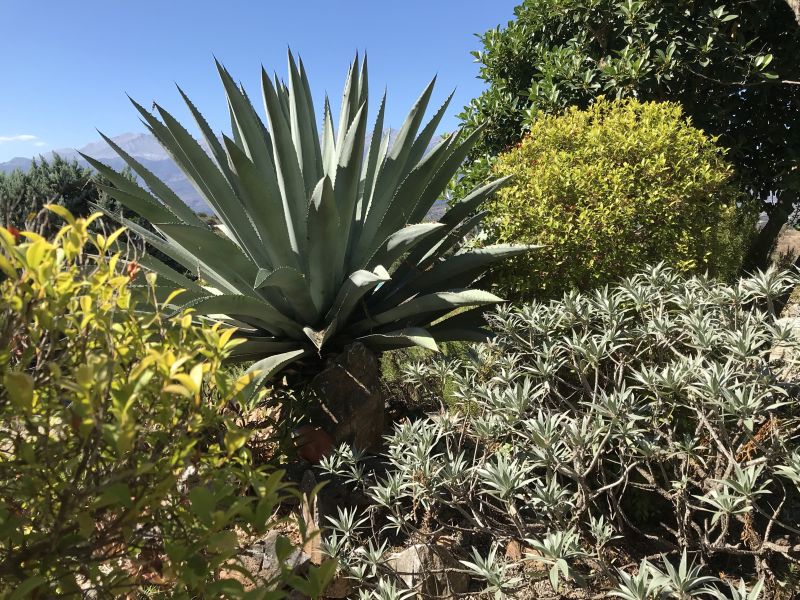 This year too I missed the agapanthus flowering but on my return the spent flower heads were seeding and gave evidence of what will have been an lovely show of these proud specimens, particularly in the semi-shaded areas. I love them. The plants by the entrance to our avli and against a stone wall had not coped well; they looked quite burned and sorry specimens. They are old plants now and suffered several years in a scorching position. I shall move them to a more favourable area as soon as the weather cools. 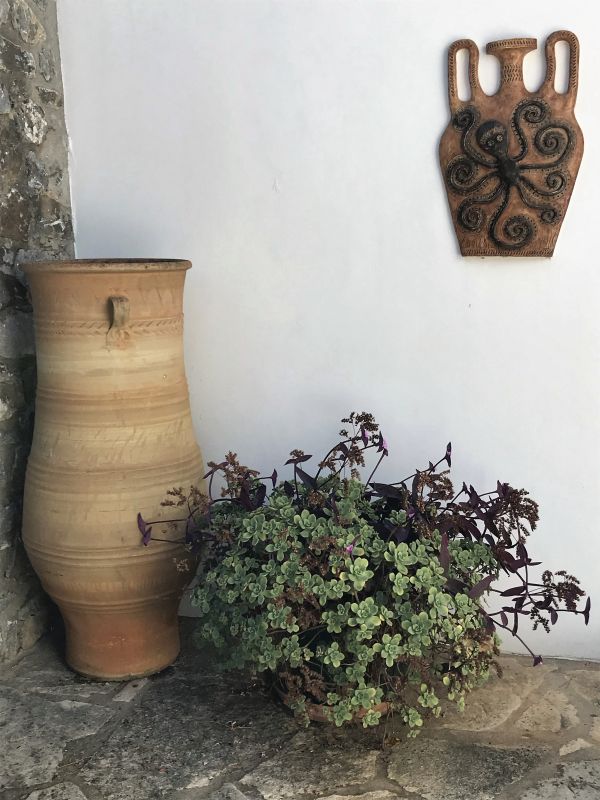 I was grateful that my pots were watered in our avli

During all the time we were away I was lucky to have Jackie, our garden help, visit twice a week to check on our cats. Jackie and I have worked together for several years now so she is well aware of my gardening philosophy and the needs of individual plants. I was grateful for this so that at least my pots and more vulnerable plants were watered. This was a real bonus as it was a long and very hot summer here in Crete. Temperatures reached over 30 degrees Celsius as early as May with no rain until late September (early, thank goodness). 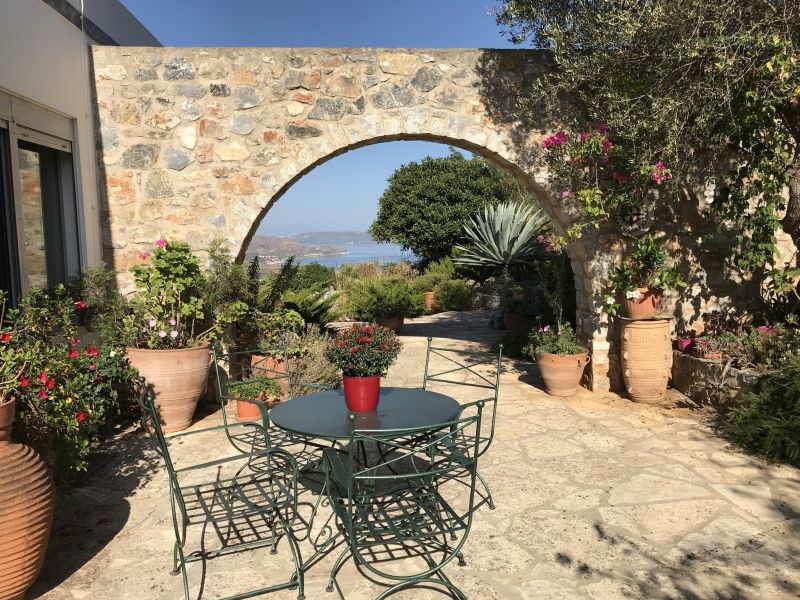 View across the avli

Before our return I knew that my aims for our garden would have been challenged during our months away. Thanks to Jackie’s help and thanks to the drought-tolerant nature of most of the planting, the garden was in somewhat better shape than I had feared.