Photographs to illustrate the article published in The Mediterranean Garden No. 106, October 2021

In August 2021, as terrible fires were sweeping through northern Attica, the island of Evia and other parts of Gr-eece, Caroline Harbouri sought to distract her thoughts by writing. So many people’s homes and livelihoods destroyed, so many animals, reptiles and birds incinerated, so many blackened wastelands where once stood pinewoods...

Caroline writes: As the fire reached Aphidnes, in antiquity Aphidnai, one of the original 12 settlements of ancient Attica, I allowed my mind to wander back many years to the time when I first explored the remains of the ancient town on its fortified hill - vestiges of walls and a tower. As we scrambled up through the prickly vegetation on a sunny winter’s day we came across great billowing masses of a plant – a scrambler, like us – with beautiful downward-looking creamy flowers. I did not recognise it and had to look it up when we got home: Clematis cirrhosa. Naturally I have seen this plant many times since then but cannot forget that first encounter with it. 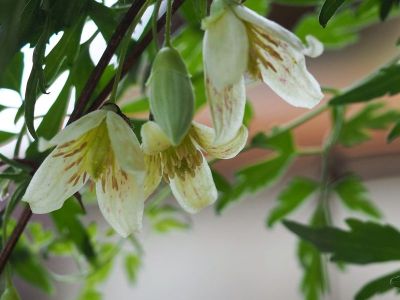 At that stage in my life, during my early time in Greece, the clematises with which I was most familiar were the hybrids grown in English gardens.

Thinking of that Clematis cirrhosa at Aphidnai has made me start remembering other first encounters with plants during my early days in Greece.

As we drove home one day from Tatoi I spotted a sudden patch of blue. I can’t say that we screeched to a halt as we were not driving fast on the steep and narrow downhill road but at any rate we pulled up at the side and went to explore. The blue belonged to the flowers of a small shrub, tightly packed petals around a darker blue centre. I found it – and still do all these years later - a thing of beauty. I looked it up and learnt that it was Globularia alypum. 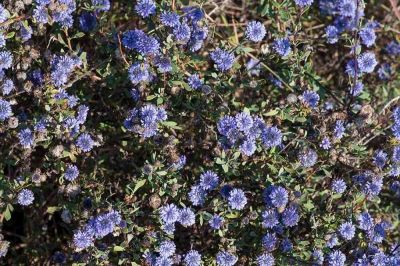 But there were other plants whose names I already knew. As I was born and brought up in England my points of reference were unsurprisingly English gardens and the wild flowers of Britain. When in 1970 I came to live in Greece my knowledge of Mediterranean plants and gardens was just about non-existent.

During a walk on Mt Parnitha - the highest of the three mountains that cradle Athens - I was thrilled to see Aubrieta deltoidea. It had never occurred to me that aubrieta was anything other than an English garden plant, tumbling for example from the tops of stone walls in the Isle of Wight in various shades of mauve. The plant I saw on Parnitha had flowers of that slightly dusty mauve that is the classic colour (see photo at the top of this page).

No doubt I was young and naïve: I loved plants but had never really thought about them. I hadn’t yet recognised that all the garden species with which I was familiar in England grew wild somewhere in the world, or in the case of cultivars and hybrids their parent species did. The aubrieta on Parnitha was thus an eye-opener for me: ‘Ah yes, of course…’ I said to myself as I mused on this dawning realisation.

I loved the perennial lupins of the garden of my childhood and had another eureka moment when I first saw their annual relatives, Lupinus pilosus I think, growing wild in Greece. This was in the Apokoronas region of western Crete not far from Hania, on a rocky hillside that had burned a couple of seasons earlier. No shrubs remained, only their blackened skeletons some of which were beginning to resprout from the base. In their absence the whole area had been taken over by the blue-mauve lupins, irises and several species of orchid (it was March). 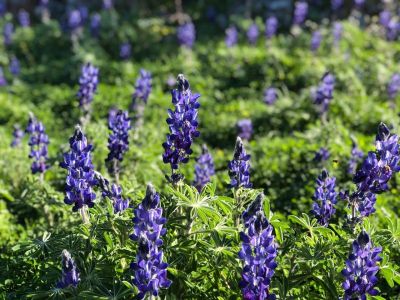 In Crete too, in the spring of another year, I saw to my astonishment primroses (Primula vulgaris) growing in profusion on a north-facing slope, once again not far from Hania though at some altitude. In my ignorance I would until then have pooh-poohed the idea of primroses growing in Crete, associating them with the banks of damp lanes in England. 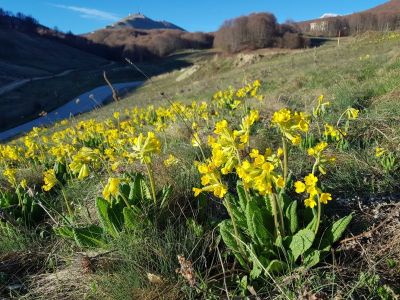 On another occasion I saw hundreds of Tulipa saxatilis covering a high plateau in the White Mountains of Crete, their wide-open pink flowers with yellow centres all turned in the same direction to face the sun. Knowing that tulips had been introduced into northern Europe from Turkey and that they were native to the eastern Mediterranean, I responded to this impressive expanse of tulips with great delight but not much surprise although I hadn’t seen them before. 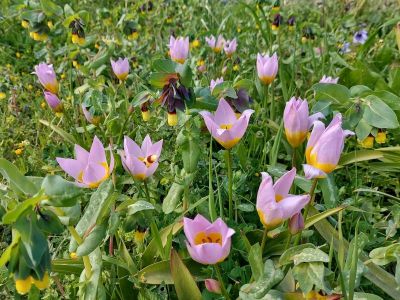 I saw Cyclamen creticum for the first time, growing under trees by the side of the road that winds up through the gorge of Therissos in Crete. It remains my favourite cyclamen - unlike other species, its white flowers appear in early spring at the same time as its leaves. 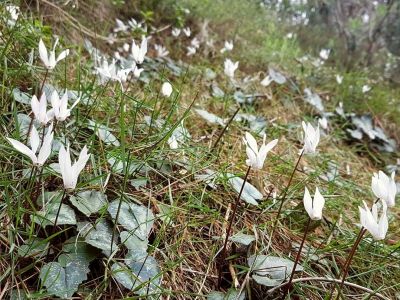 Another first time that I remember was seeing love-in-a-mist flowering in spring on the island of Spetses. Once again it was a - to me - garden plant growing wild, although with hindsight I think it must have been the paler-coloured Nigella arvensis that I saw rather than N. damascena. Every walk during my early days in Greece, every visit to an archaeological site, taught me more: hollyhocks (Alcea pallida) and honesty (Lunaria annua), those plants so typical of English cottage gardens, grew wild in full sun in Mystras, the ruined medieval hillside town just outside Sparta… 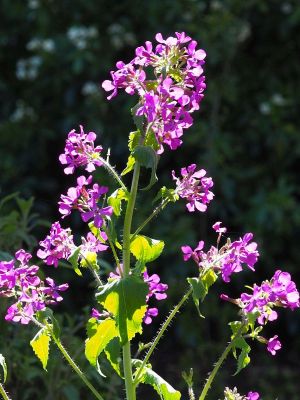 Archaeological sites, as I have said, gave me many first experiences of plants. At Amphiareion of Oropos in north-east Attica, a sanctuary of the hero Amphiaraos, I spotted several strange little bright red fleshy rosettes low-growing on the ground. From their lack of leaves I should have guessed that they were parasites - although if you’d said ‘parasitical plants’ to me I would have thought only of mistletoe in trees. My book told me that they were Cytinus ruber, growing on cistus roots. 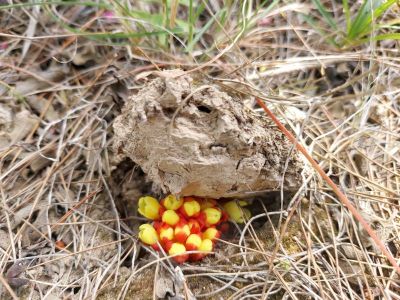 With each passing year I was becoming more and more familiar with the Mediterranean flora of Attica. I walked my dogs every day on Mt Pendeli where I first saw the sub-shrub Thymelaea tartonraira. It has matte grey-green sclerophyllous leaves covered by a slight down, making it very drought-resistant. In late winter it produces pale creamy-yellow flowers at the end of its stems followed by small fleshy fruits: this combination of dull grey-green crowned by pale yellow seems like a marriage made in heaven. 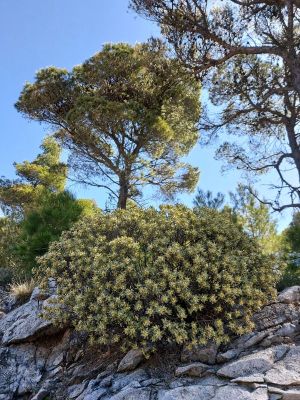 These bare, spare, sun-baked hillsides of Greece have been the background to my life for 50 years now. There are no frills or fuss or superfluities about these landscapes. Their austerity and economy catch at my soul. In the great heat of summer various grey or prickly shrubs and sub-shrubs hunker down, often huddled in balls or cushion shapes; then with the winter rains comes a sudden prodigality of flowering geophytes – including Muscari species, close kin to the cultivated grape hyacinths of my grandmother’s garden - and annuals. 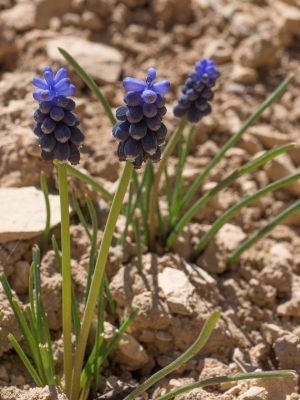 As for those herbaceous borders of my childhood, I can still admire them but somehow they now look a bit too fussy and contrived to my rigorous Mediterranean-trained eye, so that they no longer move me.

This article is dedicated to the memory of Sally Razelou, with whom I had so many interesting conversations about the plants of Greece.