A forest fire: an opportunity to develop a mediterranean garden in Provence

Photographs to illustrate the article published in The Mediterranean Garden No. 110, October 2022

In 2001 Jacqueline Potter and her husband purchased one hectare of forested land in the South of France, not far from Toulon. She writes:

The view was stunning, ‘imprenable’ as the French call it (meaning “can’t be taken away” i.e. a panoramic view that nothing could ever spoil or obstruct). We built a house and began planting a relatively small Provençal-type garden with local plants. We had decided to leave the remainder of the plot forested, at least in the short term, since both of us had very busy working lives. In addition, the hillside was steep and not easily accessible.

Unfortunately, a forest fire swept up our hillside in 2006 and destroyed a large number of the trees on our land. Subsequent autumn rains eroded a lot of soil due to the lack of trees. We decided that something had to be done to contain the erosion damage. In addition, the surroundings looked dreadful and depressing. So we put all our energy and available time into a big overhaul and decided to completely rethink the empty space - almost 8000 square metres. 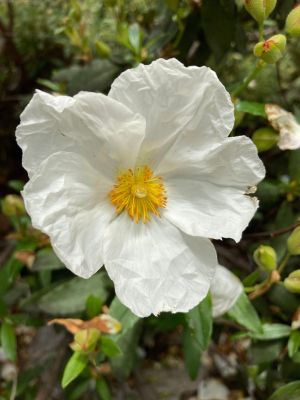 We decided that a garden with drought-resistant ‘Mediterranean-type’ plants would be the only option, as we had no well on the land and we didn’t want to water such a large garden with tap water. Autumn and winter would be the only right planting time and we would have to plant small-sized plants with good root systems in order to accommodate the shallowness of the soil. We hoped that the new plants would be self-sufficient in the summer after planting. 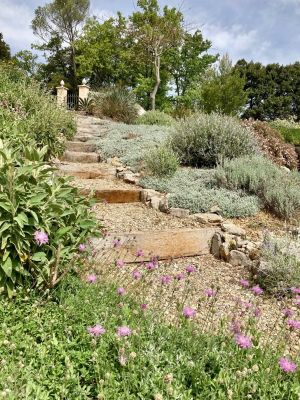 Path carved through the new garden

In the autumn of 2006 we carved out a series of paths. Once the planting area was more accessible and visible we started planning what type of plants to plant here. As the area consisted mostly of rock only and no soil we needed to bring in a substrate to create depth. We decided to buy a substrate that resembled the local ‘soil’. Previous attempts in 2002 to bring in garden soil had proved frustrating: only weeds grew and the plants didn’t like it. We went to a local quarry and bought ‘tout venant’ – a mixture of crushed rock with a high sand content.

Once we had spread this mixture in the planting area it was time to plant. We decided to start with plants from North Africa and the Middle East as they can withstand tough growing conditions: different species of phlomis (Phlomis samia, P. purpurea, P. bovei ssp. maroccana, P. bourgaei), salvia (Salvia barrelieri, S. sclarea var. turkestanica), cistus (Cistus atriplicifolius, C. clusii, C. salviifolius) and Retama raetam. Wherever possible we decided to nurture the plants that began to regenerate spontaneously after the fire (e.g. Cistus albidus). 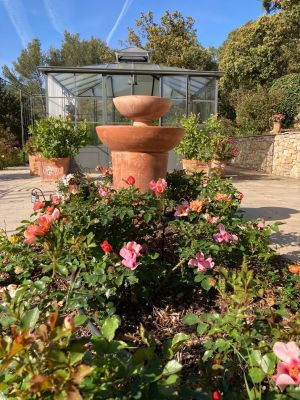 After planting the first ‘North African section’ in 2006, we wanted to learn more about North African plants. It was time to visit these countries and see what else was growing locally. Once back home we went on a hunt to buy seeds and grow some of the plants we had seen. We built a small greenhouse in a shady corner for this purpose. 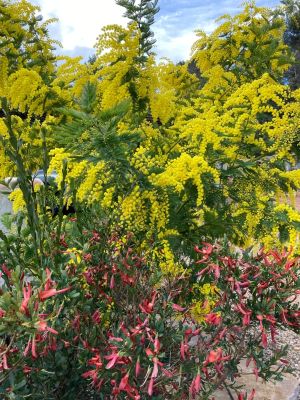 Once the gardening virus had hit us we couldn’t stop. We travelled to other Mediterranean countries, followed by visits to California and Australia. We brought back seeds from these trips and also purchased seeds online. The resulting plants were planted in our garden. Over the years we were lucky to be given cuttings by other gardeners in countries closer to home. 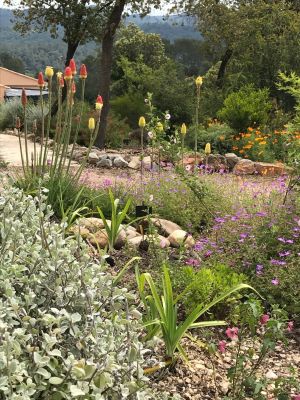 In the first years after the fire many plants struggled to adapt to their new environment. Some areas picked up more rapidly than others. The areas that struggled most were those that had suffered the worst destruction and greatest heat during the fire. We believe that the local microorganisms were destroyed in many places. Because of the lack of trees, there was no shade to protect the young plants in summer, which was a huge challenge. Thus in the early years we had a relatively high number of casualties, and we despaired as no plants wanted to self-seed.  But we battled on. 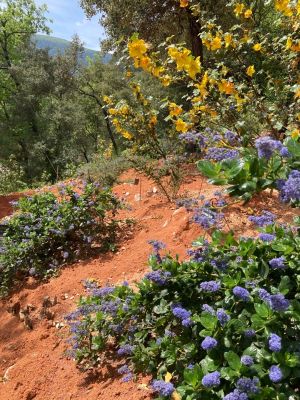 Varieties of Ceanothus next to Fremontodendron ‘California Glory’

After about five years we saw some seedlings appearing here and there. By then many plants had grown enough for their roots to be deep, and the leaves cast shade which kept roots cooler in the heat. This shade also helped new seedlings to grow on and not roast in the summer.

Over the years we grew a huge variety of plants originating from the USA (California/Arizona), Australia, the Middle East, North Africa, Spain, Portugal, Greece and of course France. We planted these in sections dedicated to the various countries. In order not to forget the names of the plants we grow, we label all the plants in the garden. 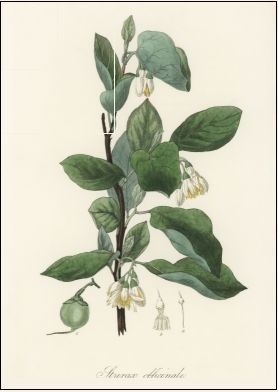 As the garden started to attract visitors we gave it a name: “Le Jardin des Aliboufiers”. Aliboufier is the Provençal name for Styrax officinalis; following the fire, we discovered that several Styrax officinalis bushes appeared spontaneously in the areas where, before the fire, only oaks and pines grew. We think that the Styrax, which likes strong sunlight, had been overgrown and ultimately killed by the tall trees. The seeds had probably lain dormant for at least 100 years if not more and the action of the fire must have promoted their germination. Styrax is actually rare in France and exists only within a 10 km radius around our village. 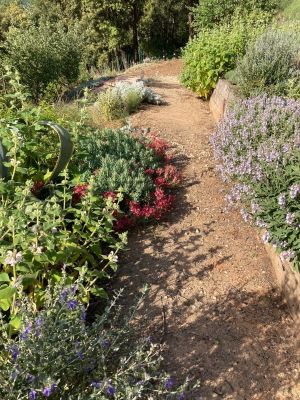 Things we have learnt during our 15-year garden journey: 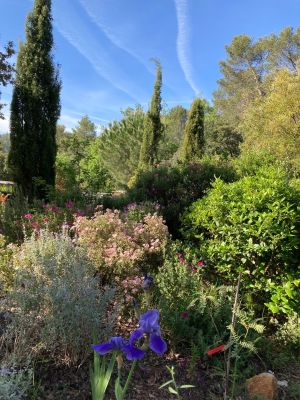 Over the years we have seen a huge increase in birds, bees and mammals. At dawn and dusk we regularly see foxes and deer walking through the garden. Birds are everywhere and make the garden lively with their constant song. We now see bees for 12 months a year. Especially in winter and early spring they seem to be drawn to our garden, as little else is then flowering in the area where we live. 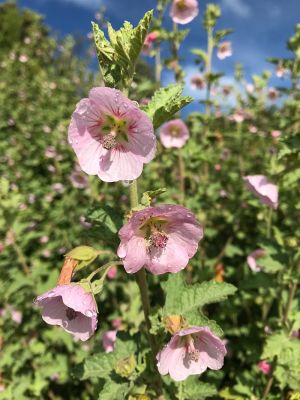 Anisodontea capensis which blooms through winter