Photographs to illustrate the article published in The Mediterranean Garden No. 95, January 2019

Jonny was invited to visit Tunisia supported by an MGS travel bursary.

He writes: As I researched this trip it became clear that Tunisia was under-represented in writing on Mediterranean flora. I assume the primary reason for this is that, lacking the topographical grandeur of the High Atlas, there are significantly fewer endemic species here compared to the country’s neighbours to the west, Morocco and Algeria. However, Tunisia is still a beautiful country of diverse landscapes and with a flora well worth exploring.

The journey started in the northern Tunis district of Sidi Bou Said, the calm of white walls and blue doorways. In contrast in this scene was the startling pink of bougainvillea. Other climbers including jasmine and honeysuckle also smother many buildings, while graphic agave and opuntia stand out against the whitewash. 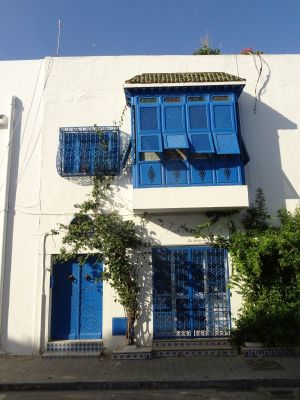 Our first botanical destination was the Ichkeul National Park, north-west of Tunis. Lake Ichkeul is the last of the great freshwater lakes that once formed a chain across North Africa. 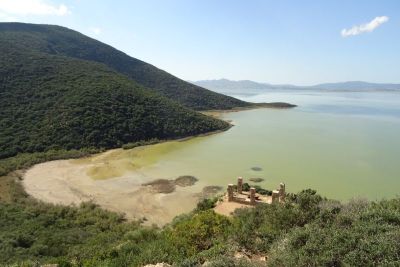 We decided to head for the mountain peak. There had been considerable rain a couple of weeks earlier and, while there were few flowers, the moist soil was a mass of germination. In the shade Polypodium and Ceterach ferns abounded between Selaginella kraussiana (syn. S. denticulata) and Umbilicus rupestris. 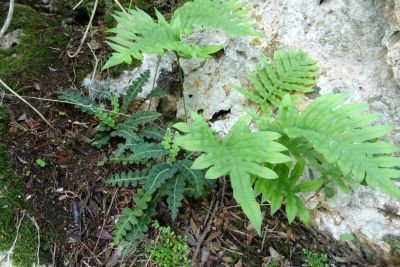 As the canopy of olives began to give way to shrubbier vegetation – including various Cistus (C. monspeliensis and C. creticus subsp. eriocephalus) and Euphorbia dendroides – 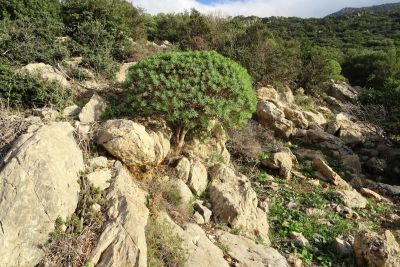 I was rewarded with a few blooms of Narcissus serotinus and a proliferation of Prospero autumnale in varying shades of blue and pink. 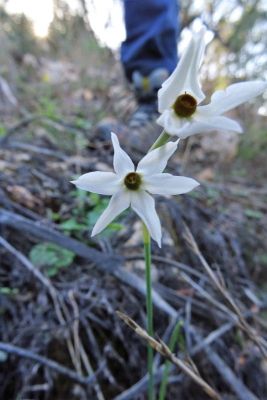 It was on these rocky outcrops that we found Chamaerops humilis, with fanned foliage contrasting boldly with the small-leaved shrubs and the flowering heads of Ampelodesmos mauritanicus bending in the breeze. 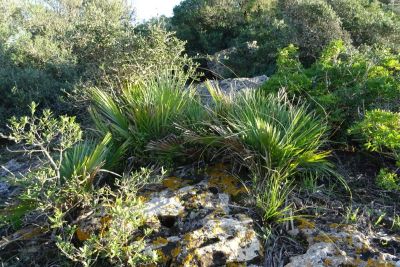 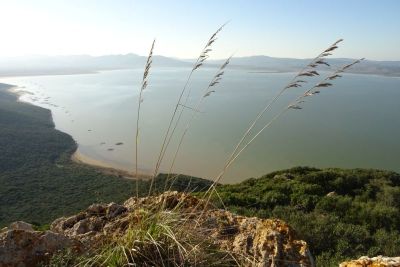 As we found our path blocked by an undescendable cliff, my eye was caught by the blue buttons of Globularia alypum. 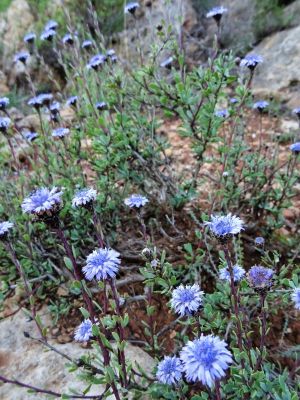 We eventually made it west to Cap Negro, a beautiful spot in the process of being ruined by luxury developments. The familiar scene of aromatic shrubs was reminiscent of garrigue landscapes I had seen in southern France. Scaling the cliffs, I almost stepped on a solitary bloom of Acis autumnalis, its delicate papery flower just catching the sea breeze. 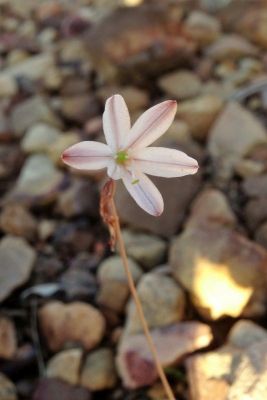 Climbing down to explore the rock pools at the base of the cliffs we found many drifts of loose stones left by falling boulders. Here a few plants had managed to anchor themselves, such as Limonium vulgare and the edible succulent umbellifer Crithmum maritimum. 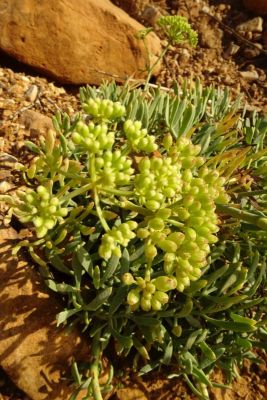 We made it back to the campsite as the sun was setting behind the headland, leaving us just enough time to gather driftwood for a small fire. It was a perfectly clear night, the Milky Way running brightly across the sky. The first stage of my Tunisian journey had come to an end but as I contemplated the sea-reflected stars my thoughts turned to sand and to our next adventure into the deserts of the south.